BATAVIA, NY – Genesee Valley Transportation Co., Inc., is in the latter stages of a five-year succession planning effort to supplant retiring managers and executives as the company looks to grow. The Western New York-based family of regional and short line railroads now has a managerial team in house to shepherd the company’s next three decades. 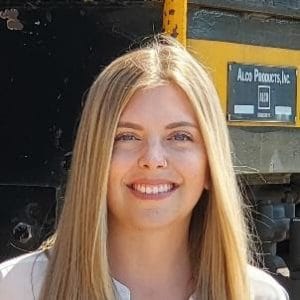 In July, GVT Rail brought Brittany P. Montford aboard as Corporate Manager of Finance. Ms. Montford comes from the Perry Veterinary Clinic, where she managed financial and personnel oversight for their numerous clinics and mobile-veterinary services. This included project management for a recent franchise expansion. Prior to her time at Perry Vet, Ms. Montford held a similar role with RMF Printing Technologies in Buffalo. She brings a wealth of relevant leadership experience to her new position at GVT Rail.

Promoted: Leaders on the Move

SR. DIRECTOR OF TRANSPORTATION – DANIEL FINUCANE:
Dan Finucane has been with GVT Rail for a half-decade, with initial responsibilities of maintaining and applying the company’s rules and compliance programs. This latest promotion celebrates his role in refreshing the company’s Transportation department, including but not limited to automating the company’s compliance and rules reporting processes as well as real-time, field-side railcar movement and inventory management to the benefit of GVT Rail’s frontline employees and customers alike.

VICE PRESIDENT OF STRATEGIC PLANNING – C. D. (CHARLIE) MONTE VERDE:
With his promotion to Vice President, Mr. Monte Verde inherits top-level oversight responsibility for the Transportation, Capital Planning and Corporate Finance departments of GVT Rail. A second-generation railroader, Mr. Monte Verde was recently named one of Progressive Railroading Magazine’s ‘Rising Stars,’ a recognition bestowed on twenty-five recipients from a pool of over 200 nominees from across the North American rail industry.

SR. MANAGER OF MECHANICAL SERVICES – WILLIAM STREIN:
With the retirement of longtime CMO Don Colangelo, William (Bill) Strein has been promoted to lead GVT Rail’s Mechanical Services department. Mr. Strein will have oversight responsibility for the company’s state-of-the-art Von Storch Locomotive Shops in Scranton, PA, as well as ancillary maintenance facilities on GVT Rail’s New York roads. As is the case with so many of his colleagues, Mr. Strein has been with the company for two decades and similarly, the goal is for him to spend the remainder of his career with GVT Rail.

Genesee Valley Transportation Co., Inc. (GVTRAIL) is a privately-owned short line and regional rail corporation based out of Batavia, NY. Founded in 1985, GVTRAIL has grown from a five-mile spur in greater Buffalo, NY, to a 318-mile network of five subsidiary railroads in two states. Over our three-and-a-half decades, we’ve set an imprint as an industry-recognized leader in business development and “friendly, customized service.” Be it restoring service to an existing industry or establishing truck-train transloading services, the GVTRAIL team is always on the lookout for new opportunities to contribute to the economic renaissance of the communities and regions that we serve.